I thought Episode 5 & 6 were going to be my favorite, but holy shit was I wrong. Ep. 7 & 8 were even better. The retirement of Jordan shocked the world, they touched on some of his baseball career, his father’s murder, and even got some behind the scenes shots of Space Jam and the Jordan Dome.

How about the director totally upstaging Mother’s Day with MJ’s father’s murder episode and MJ winning his fourth title on Fathers Day.

Hearing MJ cry on the floor after the Fathers Day championship win was probably the most emotional moment from #TheLastDance so far. pic.twitter.com/OnHdz1CHAq

Had to grab the video of this on the replay, this is just too damn funny.

If you’re Craig sitting on your couch you have to be pumping your fists today. People at the time probably hated Craig, especially reporters that still needed to get a question into Jerry so they could finish their column. Now with the way Jerry Krause has been dragged through the mud 22 years later Craig is a hero. Jerry tried to embarrass and undress him in front of his colleagues, calling him a loser for making such an absurd comment. Craig’s been waiting for his vindication for 20 years.  Honestly, Craig should be allowed to give that guy whoever said “Way to go, Craig.” an Atomic Wedgie until his asshole bleeds.

The 90s were a weird time for fashion, but nothing weirder was the Canadian Tuxedo. Who the hell let the Canadian Tuxedo become a thing that it made it’s way all the way to the most famous person in the world’s closet? I know MJ is no fashion connoisseur, but imagine willingly walking around in an all jeans get up. Imagine the swamp ass on that October 5th night. Honestly, I’m surprised MJ didn’t ask for a re-do when he bounced it. It was definitely an omen to his future baseball career. 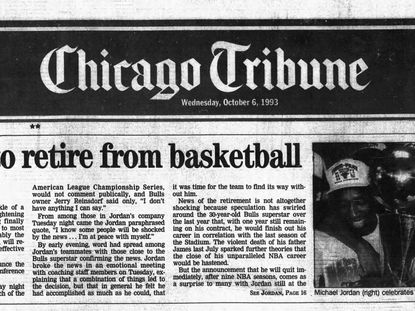 I honestly thought hot take reporting started around in the 2000s with Skip Bayless, Stephen A. Smith, and ESPN. I was completely wrong. Holy shit some of the headlines that came up last night on the doc that were written asking if MJ basically murdered his father because of his gambling problem, were so absurd you had to tip your cap. Then the gambling allegations ramped up again when he decided to quit basketball. They got even higher when he had to denounce his ties to Russia. 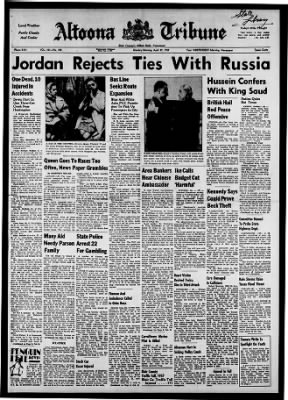 No chance LeBron James would quit after winning 3 straight championships. The man went to 8 straight NBA Finals. The first chink in the MJ over LeBron armor is LeBron never quit. He’s played consistently and never left his teammates out to dry over his 17 year career. No one can argue with the facts.

I’m surprised this point hasn’t been made by Shannon Sharpe on Undisputed yet. Instead people had to endure “Would MJ have gotten to the Majors if he kept up with it.”

"I always felt that MJ would come back to basketball, so I don't believe he would've been around long enough to make it to the majors. Also, 14 years is too much time for someone to be away from baseball and come back to try and compete at the highest level."

The "Jordan Dome" at Warner Bros studios during the filming of Space Jam pic.twitter.com/BNM6XIqW51

(1995) Pick up games at the ‘Jordan Dome’ where MJ played against Reggie Miller, Juwan Howard, Dennis Rodman and others.

Mike would film ‘Space Jam’ during the day and play these pick up games at night. 🎞

Everyone pulled up for games at the "Jordan Dome" during the filming of Space Jam pic.twitter.com/0WRbH7tsLp

I love that after Jordan came back from retirement and lost to Orlando in the Conference Finals he came back hungrier. Even better he made everyone come out to California to play pick up becuase he had a state of the art facility built for him. The best part is he wanted to keep tabs on people to see how hard they were working over the summer. He played mind games and had an agenda no matter the situation.

There’s an Oral History of the Jordan Dome games that SLAM Mag did a while back that is worth the read.

Nothing has to be said about this point. This was last scene of Episode 7 was exactly a look inside how MJ’s mind operated.

Scott Burrell will always be remembered for letting a grown ass man call him a “ho” every single day during his time in the league. Was there anyone less respected than Scott Burrell on the Bulls? I mean the Chicago Bulls account didn’t even spend the time to find his Twitter and tag him in a post about him.

I appreciate the kind words 😊 https://t.co/NfXajgy6Nz

Burrell would be the definition of a simp today. I know this was cut up and made Mike look like more of a dick because it took out context. But when people ask why there aren’t people like Mike in today’s NBA is because this would never fly today. There would either be a ton of internal strife or maybe a Javaris Crittenton/Gilbert Arenas situation. Or the front office would have to step in because the top 5 pick your team invested heavily in is checking into a psyche ward because he’s getting called a ho, dumbass, and bitch every second of practice by a teammate. It’s just not the way the NBA works nowadays. Jimmy Butler is the closest we have to MJ’s demeanor and he’s been on 4 teams in 4 years.

MJ dropped 36 on him in the first-half the next night. pic.twitter.com/M5Eo1HyTCc

Only to realize it was all made up. Honestly this might be the scariest part of MJ. That dude has more demons than a French church exterior.

'Did (the LaBradford Smith story) ever happen?'

'No, I made it up.' pic.twitter.com/wZeANsRmuS

Joe's "All That I Am" is playing in the background and Jordan is only thinking about slaughtering BJ Armstrong. He's cold man. He's a different type of animal. #TheLastDance pic.twitter.com/Dd89R9ez9f

If I’m Glen Rice I’m walking BJ Armstrong over to MJ like I’m his mother and making him apologize for hitting that shot and yelling over to the bench. Michael talking about BJ talking shit and clutching that bat ready to grind it into dust with his bare hands was terrifying. BJ Armstrong should’ve honestly known better what he was doing. Who let’s a guy like Jordan in the locker room with a bat? I’d trust Randall Simon with a bat during the Brewers Sausage Race before MJ.